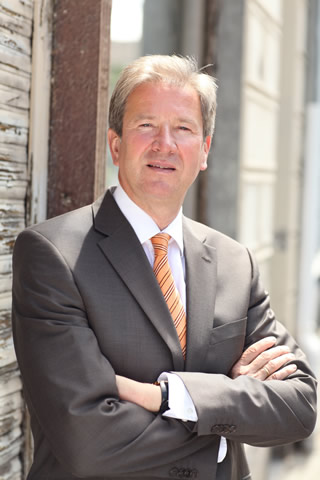 Attorney-at-law Dr. Bernhard Idelmann grew up in the Münsterland region of North Rhine-Westphalia.

Dr. Idelmann studied law and Spanish simultaneously in Freiburg, Heidelberg, Berlin and Madrid. With a comparative dissertation on German-Spanish and European stock corporation and GmbH law, he received his doctorate (Dr. iur.) from the Free University of Berlin.
He is a member of the German-Spanish and German-Swiss Lawyers Association.

Mr. Idelmann was admitted to the bar in 1994. He is a member of the International Business Law Working Group of the German Bar Association (LinkedIn group). He has been employed in law offices in Madrid and Berlin.

For more than a decade, Dr. Idelmann held management positions in German commercial banks. He has worked in Spain, Germany and European-wide as an Executive Director and financing specialist. During this time, he acquired profound knowledge of acquisition and project financing, commercial real estate financing and in workout/ insolvency and restructuring cases.

Dr. Idelmann is fluent in Spanish and English.
He is married to a Spanish citizen. The family lives in Spain and Germany.

Carmen Chocomeli was born in Madrid. She studied law at the University of San Pablo CEU in Madrid.
She is admitted to the Madrid Bar Association as a lawyer (Abogada).

Ms. Chocomeli initially worked as a legal consultant in a real estate company in Madrid and Marbella. There she was mainly involved in project development for shopping centres, residential complexes and hotels. At the same time, she participated in training courses in inheritance, real estate, land register and registry law.

She then worked for a law and tax consultancy firm in Madrid specialising in commercial law. Her practice focused on advising medium-sized companies and freelancers in the field of corporate, real estate and contract law.

Ms. Chocomeli also worked for eleven years as a legal assistant (Oficial) in Spanish notaries‘ offices. She has worked in this capacity in Andalusia, Tenerife, Catalonia, Valencia and Madrid.

Jaime Pérez was born in Barcelona (Spain). He studied law and the master’s degree in access to the legal profession at the University of Barcelona.
He is admitted to the Barcelona Bar Association as a Spanish lawyer (Abogado).

Mr. Pérez has had international language training from an early age and speaks Spanish, Catalan, English and German.

He has completed part of his law studies at the prestigious Ruprecht-Karls-Universität Heidelberg (Germany) and obtained an MBA at Beijing Normal University in Zhuhai (China).

His professional career as a lawyer began in a law firm specialising in financial and banking law.

Mr. Pérez has also worked at a Commercial Registry and in a notary office, whereby he has also developed extensive knowledge in commercial law, inheritance law, real estate, notary and registry law.